A moment of clarity: the merging of my secular and religious identities | Shorashim - Israel with Israelis
Skip to main content
COVID-19 FAQs
Apply Now 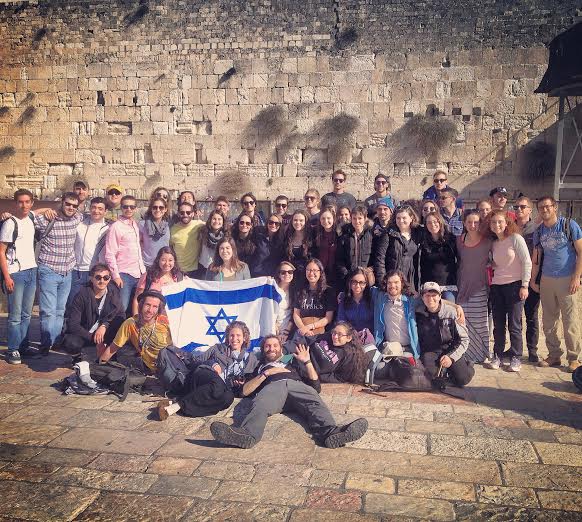 A moment of clarity: the merging of my secular and religious identities

On Friday December 25th, we spent the day in the Old City of Jerusalem. As a group, we had the pleasure of learning about and exploring the area. Before heading to Neve Shalom, where we stayed for Shabbat, our last activity in the Old City we had time to spend at the Kotel. It was there that I was truly unprepared for what was to come.

To preface my experience at the Kotel, there are a few things I should explain. I identify as a conservative Jew. That being said, it has become increasingly difficult for me to balance the secular and Jewish aspects of my life. Growing up, I went to a Jewish Day School from kindergarten through eighth grade. There, I learned Hebrew, took bible study classes, and was surrounded by lots of Jewish culture.

During this time, my Jewish and secular life went hand in hand. After graduating from my small Jewish school, I went to a large public high school. It was an immediate culture shock, leaving a community full  of Jews for one where there were only a handful of Jews. I soon struggled to make decisions like whether or not to stay home for Shabbat dinner or get a burrito with my friends or go home early because I had to go to temple on Saturday or spend the night with friends. Balancing these two parts of my life became something I was growing less content with as time passed.

For me, the Kotel has always been an especially meaningful place. The first time I traveled to Israel and visited the Kotel was also the first time I ever performed the mitzvah of wrapping t'fillin. This has always made the Kotel a special place in my memory. In preparation for my visit to the Kotel on birthright this winter, I knew that there were three things I wanted to do: write notes from myself and my family to put in the wall, say the Sh'mah, a Jewish prayer that has always been special to me, and read the poem Invictus by William Ernest Henley.

I proceeded to follow my plan, taking care to make time for each note and each word of the Sh'mah, but it wasn't until I began to read Invictus that I felt something I had never before experienced. As I read the poem, I was nearly brought to tears. It was the first time since my days at Jewish Day School that I felt my secular life and Jewish life intertwined as part of my identity.

As I am young, I know I am still finding my way in life. At this powerful moment, I felt  like I was truly beginning to discover where my place is on this Earth and who I want to be as a Jew living in a secular world.
Invictus - William Ernest Henley

Out of the night that covers me,
Black as the pit from pole to pole,
I thank whatever gods may be
For my unconquerable soul.
In the fell clutch of circumstance
I have not winced nor cried aloud.
Under the bludgeonings of chance
My head is bloody, but unbowed.
Beyond this place of wrath and tears
Looks but the Horror of the shade,
And yet the menace of the years
Finds and shall find me unafraid.
It matters not how strait the gait,
How charged with punishments the scroll,
I am the master of my fate,
I am the captain of my soul.